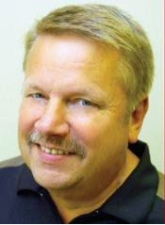 It’s ironic that in this year’s education dispute, B.C. teachers have been pummeled by a bargaining strategy they were vilified for using in the 80s and 90s.

“Whipsawing” is when one negotiating unit puts their bargaining opponent in a difficult position by pointing to the contract settlements of similar bargaining groups and demanding a similar settlement.

It should, because that’s the strategy being used by the provincial government this year in bargaining with teachers.

By pointing to the salary settlements of other B.C. Public sector unions, the government can feign reluctant intransigence; they couldn’t possibly offer teachers more than “everyone else” happily accepted.

They speak of an “affordability zone “ as if it’s an immutable law of economics and cite “me too” clauses in other union contracts as reasons for intransigent bargaining.

Ending whipsawing was the very rational government used to legislate teachers into provincial bargaining in 1994.

Until 1994, B.C.’s teachers bargained with their local school boards. Once a small district like Cranbook or Fernie had settled, the rest of B.C.’s teachers would point to the settlements and leverage (and get) similar settlements.

And local bargaining worked well, for teachers, parents and the school system. Schools were well funded and teachers actually negotiated some reasonable contracts. There were some small, short, work stoppages, but they were local, and contracts were settled through negotiation every year.

The remnants of that equitable, well-funded education system established during the days of local bargaining is what is now being internationally lauded as one of the best education systems in the world.

And that’s the system we have been systematically gutting.

In 1994, the N.D.P government had had enough of local bargaining. They said they needed to put an end to years of contract whipsawing by teachers.

Whipsawing was deemed an unfair and unaffordable strategy, one that should never be used again.

This year, B.C. public sector unions with differing priorities and histories didn’t argue much about taking a 1% per year increase (a 5-year salary cut)

Why? Because it’s a fair salary package? No, there are no circumstances that could make what amounts to a five-year annual wage cut “fair”.

But provincial public sector unions have witnessed a government willing to play dirty, one that has demonstrated little respect for the public sector or their contracts.

They have seen privatization of H.E.U. contracts, capricious contracting out, increased workloads, staff cuts and even wholesale contract stripping.

The public sector unions that have, according to the government, all happily accepted five-year salary cuts, accepted them because they had one bargaining priority; protecting their jobs.

So union after union accepted unacceptable salary packages in exchange for job security language and assurances.

That’s how the government is whipsawing public education and public school teachers.

Now that teachers and public education have to compete for funding with corporate tax breaks, stadium roofs, MLA raises, and paying legal bills for those involved in government scandals, our public schools are being continuously starved of funding.

We will soon see the end of the international accolades for B.C. public education, as the twelve years of cutting public school budgets works through the system; and all because teacher bargaining has come full circle.

Whipsawing was deplorable when teachers used the strategy but it seems it’s fair game now that the government finds it effective in their fight against B.C.’s teachers.